A #southasianbeerlady writes on craft breweries in and around Austin, across Texas and beyond, while exploring contemporary issues in the beer world

Ruvani de Silva is Craft Beer Amethyst, a travel-loving beer writer with bylines including Good Beer Hunting, PorchDrinking, Beer Is For Everyone, Texas Highways and Craft Beer Austin. She writes about beer in Central Texas and beyond, and is a vocal advocate for diversity, equity and inclusion in beer. As a British South Asian woman living in Texas, Ruvani brings a unique voice to the world of craft beer. She is also the founder of #SouthAsianBeerClub. Find her on Twitter and Instagram as @amethyst_heels, and read her articles at CraftBeerAmethyst.com.

This blog began in October 2017, when a South Asian craft beer barfly-gal rolled up in Austin, Texas all the way from London, England on a mission to Try All The Beer.

After a year of intensive exploration of every beery nook and cranny this amazing city has to offer, I began to compile this guide to taproom-visiting in my beloved adopted city. Before long, my beer-musings expanded to include features, travelogues and essays on diversity and inclusion in the beer world – a subject that’s not only topical but especially relevant to my drinking experiences as a British South Asian woman.

Much has changed in the world, in Texas and in the beer industry since I started this blog, and although some content may be out of date (please check brewery opening times against Covid hours!), my aim to share my love of Austin and Central Texas as a must-visit beer-destination remains, and I’m continuing to work on my newer goal of writing about contemporary issues and ideas in the beer world, taking a keen and critical interest in questions of diversity and inclusion.

This blog became a jumping-off point to a career as a beer writer, giving me the opportunity to share my knowledge and for local, national and international publications. I’ve been delighted to work with some amazing folks from across the beer world, and links to my articles and podcast and livestream appearances can be found here.

All views and experiences are my own, so please don’t take offence if you disagree with anything, these are nothing more than opinions reflecting the times I’ve had. While I’m not a certified beer sommelier (yet) I can now count myself as an experienced beer writer and fledgling brewer, as well as a highly experienced beer drinker, visitor of taprooms and bars around the world, and general culture nerd. Although this doesn’t necessarily qualify me for anything, it does mean I’m not short of things to say. So here they are. 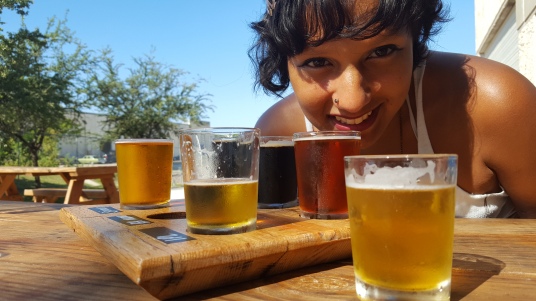