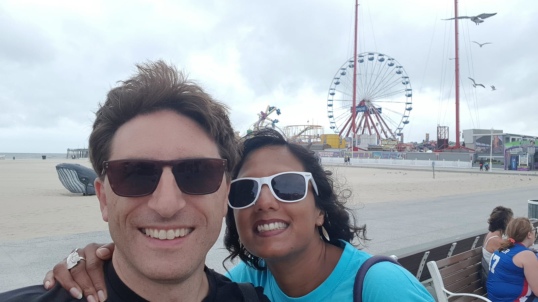 Despite (or perhaps because) of the looming rain clouds and ear-splitting gusts of wind that ruled out sunbathing for most of our Rehoboth visit, we decided to check out the bright lights of neighbouring Ocean City, a huge strip of beach on the Maryland coast with nearly three miles of boardwalk packed with stall after stall of branded memorabilia, funnel cakes, ice creams, gyros and pizza slices – a veritable consumption colossus! Despite the brisk weather, determined holidaymakers refused to be deterred and the boardwalk was heaving with folks proudly sporting their Ocean City sweaters and t-shirts. Obviously I had to buy one. 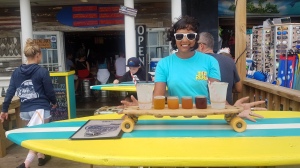 We made the inevitable bee-line for Ocean City’s very own seafront craft brewery. Backshore Brewing is located on the boardwalk at 10th Street, not too far from the pier, and has a very cool surf-themed beer garden facing towards the ocean, which also happened to handily colour co-ordinate with my Tiny Rebel t-shirt – ahh, life’s small pleasures! They had six beers available during our visit, of which we tried four, which came on an incredibly hip mini-skateboard flight board, complete with moving wheels – nice! My top pick was the Idaho Bumblebee DIPA, with big smooth full hops, the rosehips and clover honey providing gentle aromatic sweetness that made it very gluggable for over 9%! The Bellbottoms Belgian Ale with blackberries was pleasantly light and fruity, but the Not If We Jam It Wheat Ale with raspberries was a little on the sweet side for me (also hop-free, which made it very light), as was the Downtown Brown Ale. 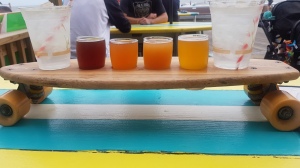 We ordered their crab pizza, which was delicious and loaded with crab, but approximately the size of a pitta bread which was a bit disappointing for $13. Other food choices looked bigger. It’s great to have a taproom right on the seafront, and Backshore’s location gives it an easy win, and the beers are well-matched to the setting, lots of light, sessionable ales with the DIPA and Brown for contrast. Had the weather been more hospitable we may have dallied longer but it wasn’t a day for sitting still, so we explored the pier with it’s stylish 1950s signage, ancient rides and yet more shops before heading out of town to visit Burley Oak Brewing in nearby Berlin, MD. http://backshorebrew.com/ 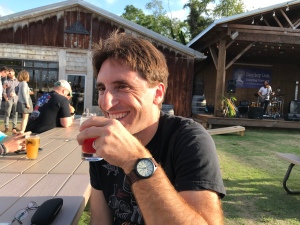 Burley Oak was recommended to me by one of my beer-twitter friends, Chris Hansen (@esdude67), who was kind enough to provide me with many brewery recommendations in the region which helped to shape our trip – thank you so much Chris! While I had taken a glance at their website and was feeling enthusiastic about our visit, we were certainly unprepared for the immense brilliance that awaited us at Burley Oak! Arriving as we did on a Monday afternoon, we expected to have the taproom to ourselves. Instead, we found the car park completely full, the whole brewery and beer garden heaving and a live band playing to celebrate the brewery’s eighth anniversary. Before we even started drinking, I was loving Burley Oak’s style – throwing a huge party on a regular Monday afternoon, and everyone in town had clearly taken the afternoon off work to enjoy it. Boom. 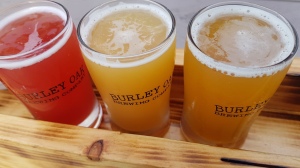 The Burley Oak taproom is a warm, wooden pub-like space with a long bar stretching almost its full length and a lovely grassy beer garden with rows of picnic tables and a purpose-built stage. They also have a separate Cellar Bar with big leather sofas surrounded by barrels, which is cool and dark (for the benefit of the beers!) and has a speakeasy vibe to it, which is pretty awesome. I was so overexcited on examining their beer list that one flight was obviously not going to be enough. We started with a six-beer flight, followed by a three-beer and then a couple more for the road, and honestly I could have stayed there all evening and drunk my way through the entire menu. So, what makes Burley Oak so special? As a big fan of big beers, the huge array of choice and ridiculously high quality of their DIPAs, IPAs and Imperial Sours was absolutely mind-blowing. All the beers in their Jream series of Imperial Fruited Sours were just stunning – the rich, textured fruit that was super juicy, brightly tart, crushable and moreish with just enough lactose to add body and a hint of sweetness was so impressive, especially in the Triple Apricot Raspberry and the regular Apricot Raspberry. And I don’t even usually like apricot! The In There Like Swimwear TIPA with pineapple was my favourite of the many IPAs we tried (all of which were excellent), getting the balance of sweet pineapple and massive hops totally spot on. Burley Oak aren’t just about the big n boozy – I also loved the delightful Pink On The Inside Fruited Gose with fresh, zingy Himalayan salt. The excellent Lost IPA also deserves a mention – if I lived locally this would totally be my go-to, all the big clean smooth hops. We didn’t have a single beer we didn’t really enjoy – their Churro Cart collab with none other than the mighty Other Half Brewing tasted exactly like churros, which was intense but very impressive. 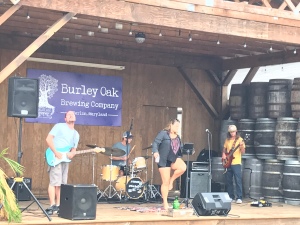 Burley Oak is clearly something of a local and regional institution – we were chatting with some nice folks from Virginia who visit regularly, just a short three hour drive! The service was also fantastic, friendly, welcoming and informed, which is pretty impressive considering we were there for a party. Should you get peckish, Burley Oak also run a café in Berlin which unfortunately we didn’t have time to visit but was highly recommended by everyone we spoke to. In short, if you’re in the area get yourself down there, and get crowlers. We didn’t and I massively regret it. They are open every day and til an eye-popping 2am on the weekends, so there’s really no excuse. All we need to do is airlift the entire operation to Austin somehow. Ahhh, I can dream. http://www.burleyoak.com/ 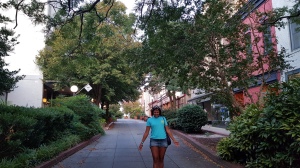 After we managed to tear ourselves away from the Burley Oak party, we headed home via Salisbury MD’s Evolution Brewing where we stopped for dinner and a flight. I had very high expectations of Evolution, having seen their beers at bars and restaurants all around the area, but after our Burley Oak visit both the beers and the taproom felt a bit flat. The large gastro-pub taproom is located close to Salisbury’s old centre and the pretty Wicomico River. We had a little walk around the town and would have explored more if I hadn’t been absolutely starving! Our flight of four 6oz beers was decent, although it took a little time to adjust as Evolution’s beers could not be more different in style from Burley Oak’s, and going from rich, full juicy beers to very light-bodied, more malty and resinous beers was a bit of a jolt. 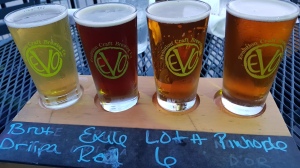 I particularly enjoyed the Lot No. 6 DIPA, which was smooth and subtle with aromatic, citrusy hops and a bitterness in the finish. The Exile Red Ale was clean, malty and very English in style and the BrutAle DriIPA captured the dryness of a Brut IPA well but lacked the bright, champagne-like quality I look for. Our food was also a bit average and on the pricey side – we opted for burgers which were the cheapest thing on the menu (still about $13 each) but most of the other dishes were close to $20. Evolution felt a lot more like a restaurant than a taproom, and both the beer and food menus reflected that. If you’re in the area it’s worth stopping by, but unless you’re in the market for a pretty fancy meal I would eat elsewhere. https://www.evolutioncraftbrewing.com/ 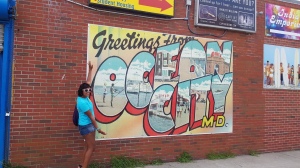 The drive to Ocean City, Berlin and Salisbury made a really nice day trip from the Rehoboth area, and it’s always great to visit some local breweries too. There are other brewery taprooms in Ocean City and Salisbury too, and of course you can always spend more time wandering around and exploring – we wished we’d set out a little earlier for exactly that reason. Of the breweries we visited I think it goes without saying that Burley Oak is an essential stop, but don’t take my word for it – go and see for yourself! 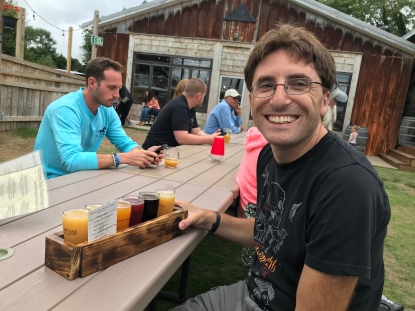 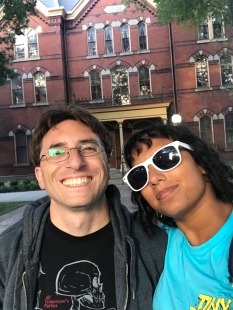 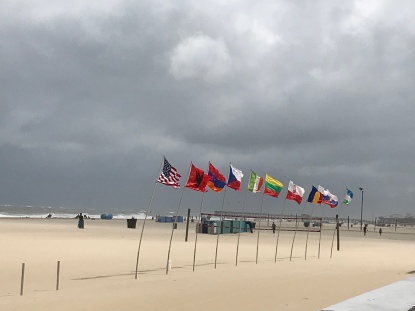 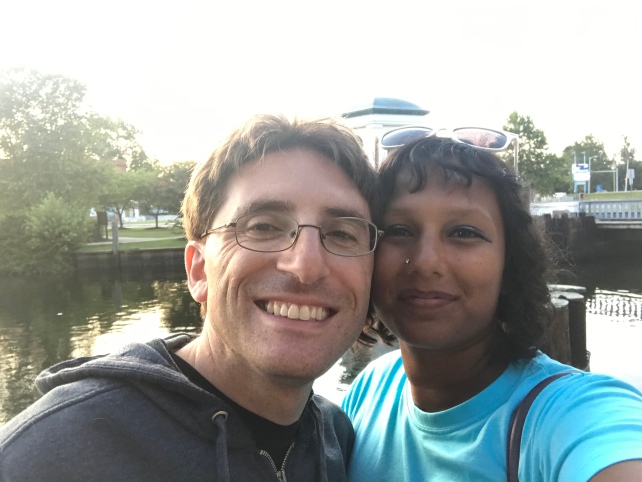 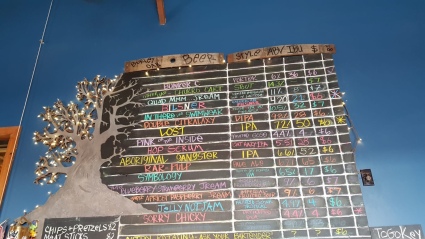 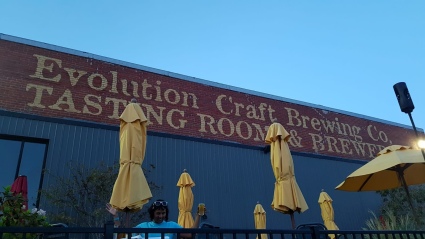 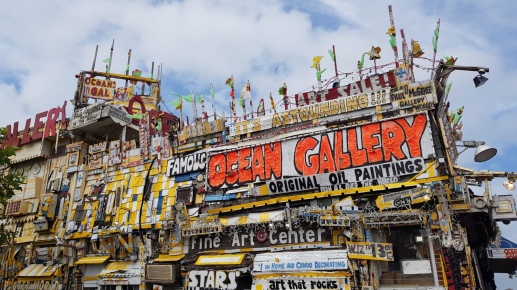 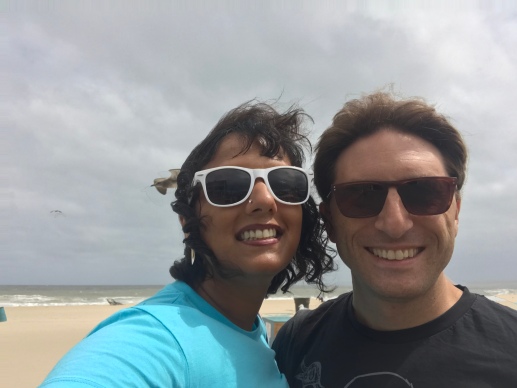 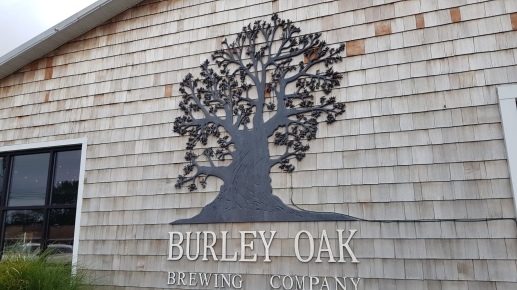 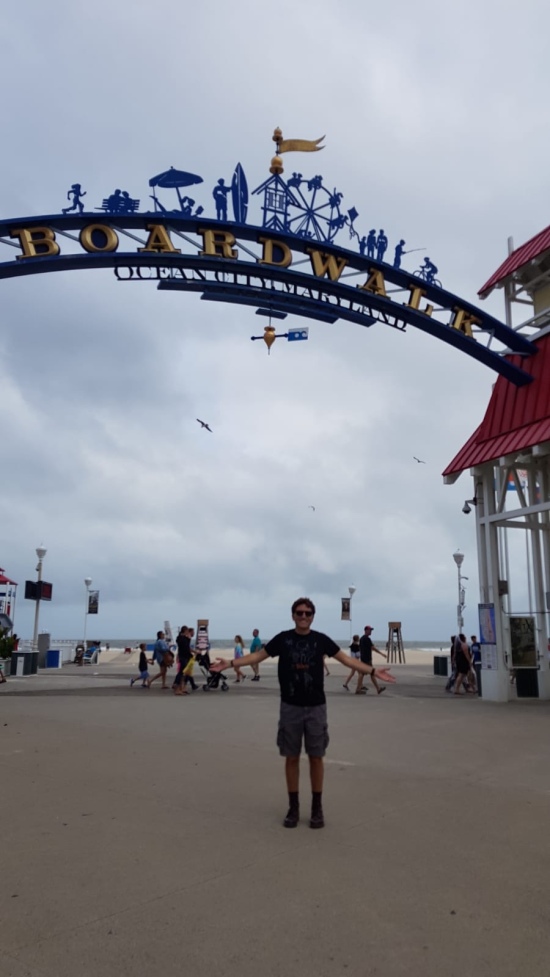