Our first visit to Orf was for their Oktoberfest party last Autumn, when both ourselves and the brewery were still very much in our ATX infancy. Getting out to their brewing space, actually a mere stone’s throw from the Independence taproom, felt like an adventure into the unknown to us newbie Austinites unfamiliar with the local terrain. A jolly crowd were there to support the fledgling brewery, enjoying a bit of improv theatre, bratwurst and Orf’s first four beers.

Perched on the edge of the Ben E White highway, Orf has transformed the front of their space into a small, bright taproom with a raised stage and cute fireplace, as well as a bijou beer garden encircling an ancient Spanish Oak. It’s taken us a while to revisit Orf as they are only open to the public on Saturdays from 12-5pm and I have well-documented time management issues but we managed to find a crisp, sunny December afternoon to make what we now know to be 10 minute drive, and even arrived a good hour shy of closing time! Of the eight beers on offer during our return visit, four comprised Orf’s core range with two specials and two beers by guest brewery Kamala Gardens, who brew at the same site. Flights are served in four 4oz pours at $10 apiece and we thought it best to have two in the interests of thoroughness. Orf’s core range are a little unusual for Austin as the are rather British in style (Red Ale, Golden Ale and Honey Ale) apart from an Asian white beer – not an APA, NEIPA or even a Pilsner in sight. The Hoprocker IRA (a Red Ale brewed in the style of an IPA) had gone down well on our first visit but there may have been something wrong with the batch we tasted more recently as it had a harsh, herbal flavour that didn’t sit at all well. The Oocheenama Asian White was resemblant to a Hitachino White with an added rice tang, and the Orftoberfest seasonal was pleasantly malty and nutty. I couldn’t taste too much difference between the Honey Ale and the Zaydorf which is the barrel-aged version, although both had a nice smooth sweetness.

The beers that really grabbed our attention were the two available from new kid on the block Kamala Gardens Brewing. This may in part be down to my taste for the experimental but I absolutely could not get enough of the delicious Turmeric Kolsch which expertly blended the soothing, fragrant curry herb with a light, crisp and dry Kolsch base that felt refreshing but also cleansing and healthy, like a beer version of turmeric tea. I could really drink a lot of this. The ESB with Earl Grey was also a huge success, the bitter orange in the tea played nicely with the traditional malt bitter of the beer to create something both quaffable and unusual. I very much look forward to seeing what Kamala Gardens come up with next and shall be monitoring their progress closely.

The choice of easy listening lounge music also went down very well with us, not only was it perfect for afternoon drinking in the sun, it really is due for a comeback! Perhaps coming from the UK made us less likely to get excited by the Orf beers, but this was nonetheless a fun taproom visit and a must for anyone looking for local ATX ales. 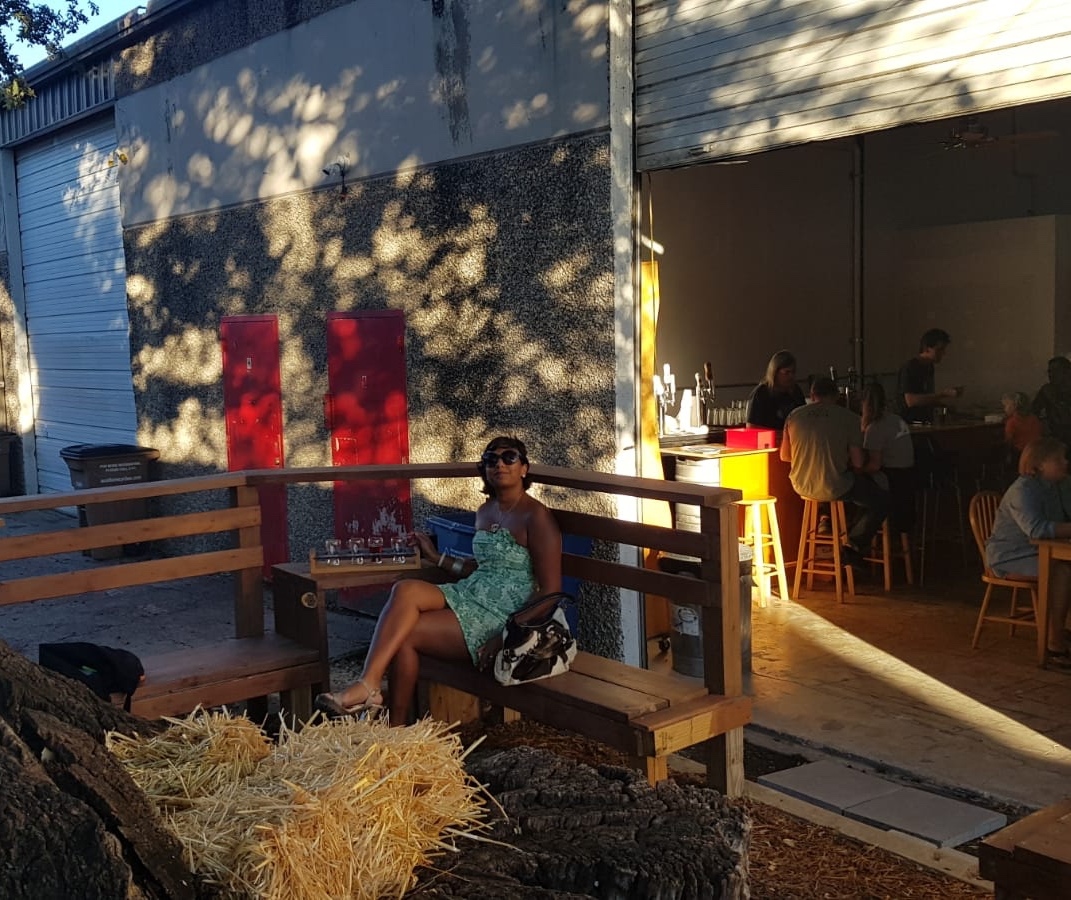 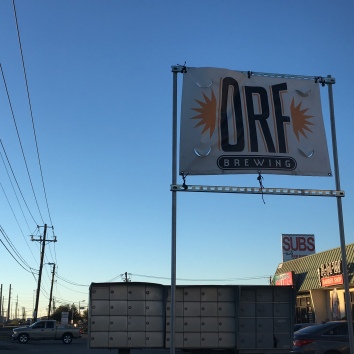 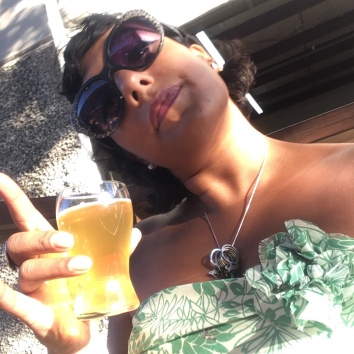