Celis was one of Austin’s original breweries, founded by Belgian brewer Pierre Celis in 1992, and after a long hiatus in the cold, was brought back to life in 2012 by his daughter Christine Celis. For a relatively new beer city like Austin, this makes for a significant pedigree with concomitant expectations, especially with so many other breweries in the area focusing on Belgian-style beers (see Jester King, Vista, Adelbert’s). The new Celis has set up in North Loop and boasts a stylish circular taproom with a free-standing central bar. The core Celis range is widely available in drinking establishments around the city of Austin, so we were expecting a little more on the specials side on our taproom visit.

Celis has a reciprocal relationship with Uncle Billy’s Brewery (see separate entry) who brew on their site, and several of their beers are available in the Celis taproom, as well as the joint collaboration range, but there wasn’t anything unusual or taproom-unique to include in our flight of four, which was a little disappointing, especially having checked over their beer list to discover that they do plenty of limited editions and seasonals. While I like the smooth, potent Grand Cru Tripel, I’m happy to admit that I’m not a huge fan of the White, their flagship beer. To me, it’s a bit generic and characterless – whether this is because Celis is providing ‘gateway’ craft beer for folks more accustomed to big-brewery lager or that my relatively untrained palate is missing something, I will let you be the judge. Similarly, the Grandis IPA, while not really doing anything wrong, doesn’t stand up next to stiff local competition from the likes of (512), Real Ale and Independence – perhaps not unreasonable for a brewery with a Belgian pedigree. Staff were chatty and knew their product, and they have an Uncle Billys food truck outside which is very tasty and reasonably priced, and run by a really friendly guy. I would really like to try some of Celis’ more outre output and get a better sense of what they’re capable of – a return visit seems in order.

After trying some tip-top new Celis brews around town, we thought it was about time to return to their taproom and see what they’ve been up to. I’m not exactly sure how brewery years equate with human years (Dog years? Cat years?) but in the last twelve months there does seem to have been a bit of a dynamic shift in output and we were pleased to find not only a greater number and variety of beers available, but that they were really rather tasty. A sweet, malty Winter Lager was warming and festive, and the Passionfruit Berliner Weiss was really fresh and zesty. Most impressive to me were the new IPAs – the Pineapple Maximus Grandis is a gorgeously hazy, crushable beast – sweetly moreish but balanced enough to be quaffable in quantity. The Juicy IPA was exactly as advertised and the American IPA was positively bursting with big chewy hops. These tasted, to me, much more like upbeat modern beers than their core range – the flavours were so much more lively and exciting across the board. Whether they have new brewers or whether my previous visit was during a brewing blip of sorts I know not, but I’ll certainly be ordering some of these around town.

The Celis taproom still has a bit of an odd feel to it – the large screens, cavernous, windowless interior and slightly old-world pub décor plus the lack of music can give it a bit of a Weatherspoons vibe, but they are planning a large new beer garden which will open next year and offer space for live music as well as proper outdoor seating which may well change all of that. I for one will certainly be checking it out, and am looking forward to their next batch of beers. 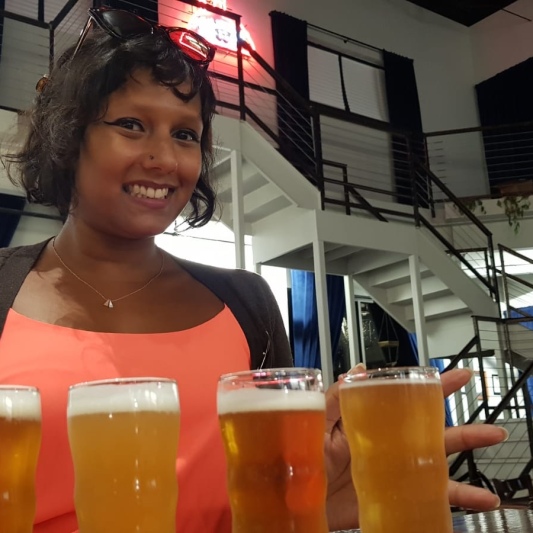 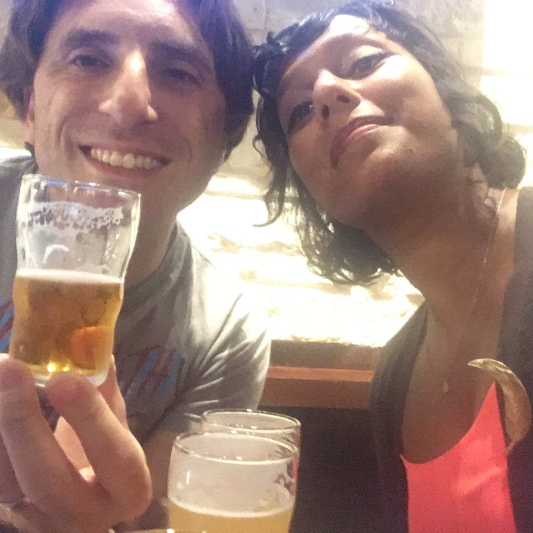