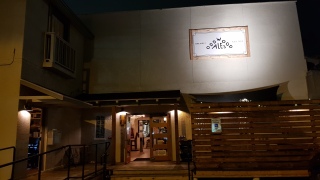 On our return to ATX this Spring, I was delighted to discover a brand shiny new brewery had opened up on the increasingly hip Manor Road, close to established craft beer hotspots Whichcraft Mueller and Batches Kolaches. Just five weeks old at our first visit, OddWood have created an attractive, modern space with wood panelling and high stools indoors and a small, sunny deck tucked off the main road. It’s got a nice cosy brewpub feel about it, although it is actually quite large inside. They only had six beers brewed and available on our initial trip, but have expanded their oeuvre with significant speed, and on each subsequent visit we’ve seen a whole new beer list. According to Untappd, Oddwood have brewed a total of 45 beers to date, not too shabby for a mere six-month-old brewery!

One thing I love about Oddwood is that they always remember us when we rock up. Admittedly, I am quite chatty and they may not see that many Brits, but there’s nothing like the warm feeling of being treated like a regular to put a big smile on my face. Well, that and beer. 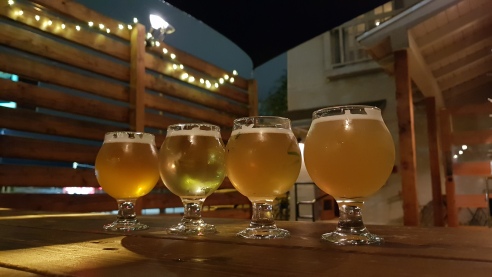 While Oddwood can seem to turn their hand to pretty much anything, IPAs and Saisons dominate (described on their website as hoppy Pales and American Wild Ales, but who’s counting?!), both of which have been delivered with aplomb on each of our visits. On my most recent visit I got a little chuckle when I mentioned my love for the now long gone Shady Knoll Lurker, a deliciously dank ‘n’ juicy NEIPA from Oddwood’s early days, but was happy to find that the new Reptilian Complex is more than equal to the task. The tart, fruity Inanimate Household Objects #2 American Wild Ale is full of sherberty zest – way more than just a fun name, and the Rockwood Native Ale is a successful experimental Pilsner made with local hops. Nice.

Our visits to Oddwood have been on chilled Sunday afternoons or a weekday evenings, with lots of folks relaxing with their dogs over a quiet pint. However, I can imagine it getting pretty heaving at the weekends, especially with its close proximity to the School House, Haymaker and other boozy spots. Note to self – must come back when they have a party on! Oddwood also has a dedicated video games room and they host tournaments on Tuesday nights – check their website to find your poison. A wide selection of board games are also on hand, and they have an absolutely huge screen for sports matches. As well as their nine rotating taps, there are also a couple of guest taps available, and the in-house kitchen offers (very) thin crust pizzas and snacks, which look and smell very tasty indeed. Oddwood also offers beautifully designed crowlers to go – you won’t want to chuck them out once you’ve drunk them! Open every day but Monday with an 11pm close (9pm on Sundays), Oddwood is a fantastic addition to the ATX beer scene, and I’m proud to call myself a regular. 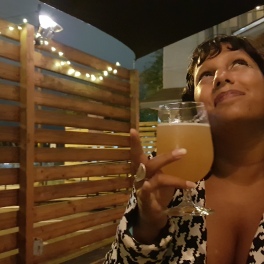 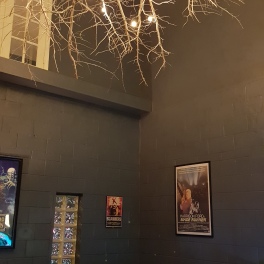 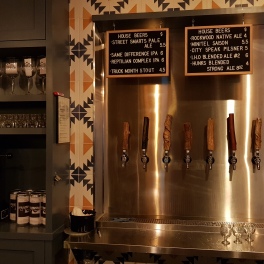 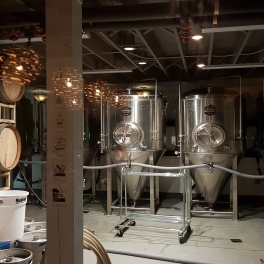