The Oasis is not misnamed. Driving up the windy hill that takes you to this pretty out-of-town mini-mall, you feel a million miles from the city. Overlooking the gleaming Lake Travis, there’s no denying that Oasis have bagged a top spot for their brewery, and the small inconvenience of the 45 minute drive out of the city is more than compensated for by the incomparable views. I don’t think I’ve ever been to a taproom in such a stunning location. 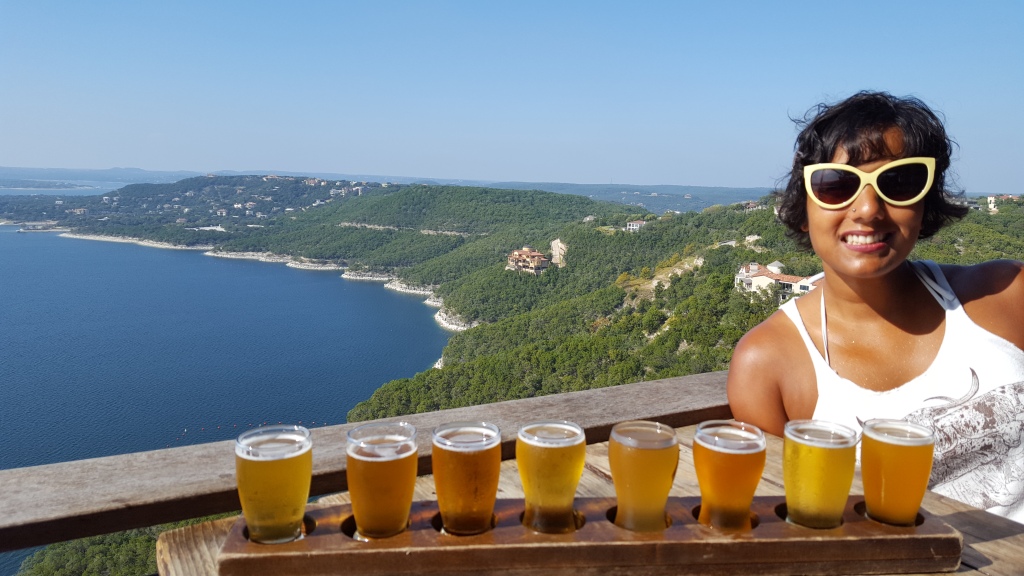 But this is not to do Oasis’ beers down. Over the course of our visits, we have been increasingly impressed with the quality of their output, as they seem to have undertaken a change in identity that has definitely suited them. On our initial visit to Oasis, not long after our arrival in ATX, they were known as a brewery specialising in lagers and low-alcohol beers. We were intrigued, and chose a particularly hot and sunny day for our visit, in order to be best prepped for a flight of light beers. We were served a flight of all the eight beers they had on tap in 2oz pours, which weighed in at a not-insubstantial $12 (food is also on the pricey side, albeit decent). This would have been okay (location permitting) except that most of the beers were uninspiring, using low-alcohol as code for low-taste. The exceptions were the intriguing Biru Bear Japanese Rice Lager, which had a lovely rich, creamy flavour, and the Mega Modern DIPA, a beer I loved so much that I bought a 6 pack on the way out and wished later I had bought several. I really, really hope they bring that beer back some day! 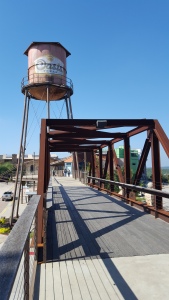 While I have no inside knowledge at to what prompted their change of direction, when I heard that Oasis had started barrel-aging beers I knew it was time to go back. Our second visit was a completely different experience, with a different breed of beers served in flights of four, and we were hugely impressed with the results. The SAUV Cabernet-Barrel-Aged Saison was a beautiful rare bird, the mix of wine, wood and farmhouse hops creating something very special indeed, and the Protomodern IPA was a happily close relative to the Mega Modern. They had also upped their lager game, with the super-refreshing El Grito Gose lager capturing the spirit of a margarita without ruining the beer. Nice.

I’m looking forward to returning to Oasis to see what they’ve been up to, and very pleased to be visiting for more than just the views. Oasis is open from 12pm to 10pm every day except Mondays, and they have live music regularly in the evenings. Soak up the panorama with some excellent brews. 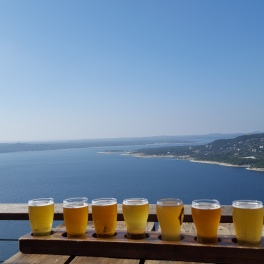 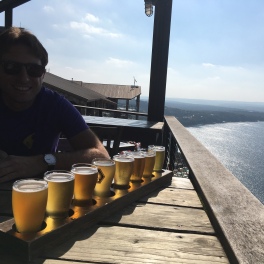 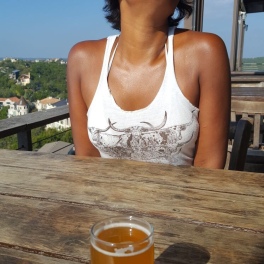 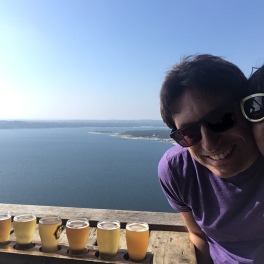